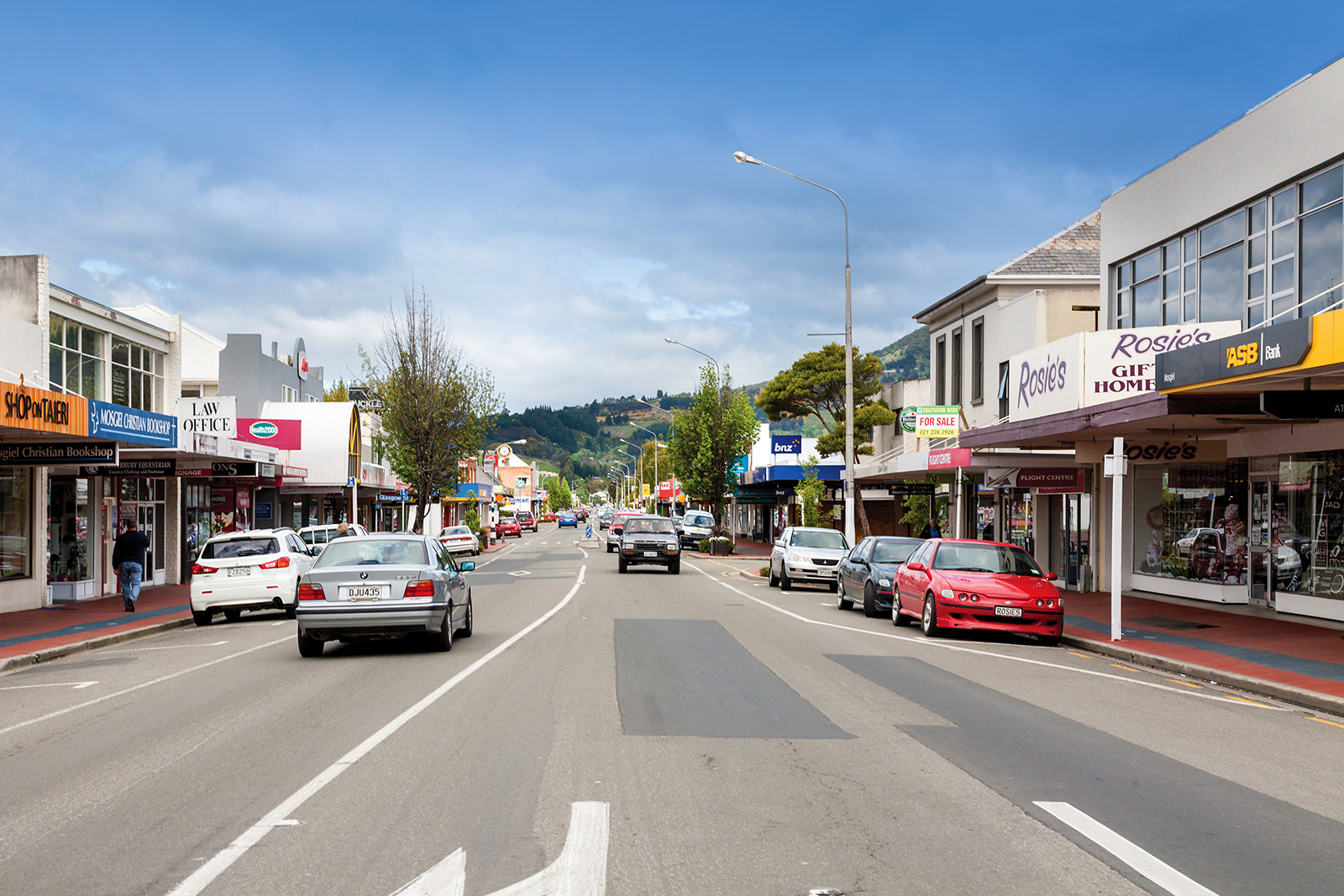 Mosgiel, "the pearl of the plain", lies fifteen kilometres west of the Dunedin City Centre, lit up by the infamous sign perched on the hillside.

Mosgiel and Dunedin are separated by Three Mile Hill and Scroggs Hill, which form part of the crater-wall of a long-extinct volcano, the crater being the Otago Harbour. One of the many peaks that formed part of the volcano is Saddle Hill, a prominent landmark, which Captain James Cook helped to name in 1770. Mosgiel takes its name from Mossgiel in Ayrshire, the farm of the poet Robert Burns, the uncle of Reverend Thomas Burns, the co-founder of the Otago Settlement in 1848. The 1861 Otago gold rush saw the development of the first Mosgiel road — leading west to the interior — which intersected the site.

Thomas Burns' only son, Arthur John Burns, erected a flour mill and large house on what is now known as Factory Road in 1862, selling his ‘best colonial flour’ to the goldminers flooding into Central Otago at the time. The flour mill building was then utilised as part of The Mosgiel Woollen Company and mill which was established in 1871, bringing the settlement of workers in cottages. The building is the oldest remaining on-site. The factory opened in September 1871 with 180 tonnes of steam-powered machines successfully installed.

The Mosgiel Woollen Factory was one of the earliest mills in New Zealand to produce machine-woven cloth, second only to the woollen factory established in Nelson in 1858. Given the outside occupations at the time, strong fabric that could withstand farming, mining and sawmilling was vital. 1875 saw the north-south road paralleled by a railway, with a branch to the west constructed in 1877.The factory was the first in New Zealand to use electric lighting when this was installed in October 1885. The factory played an important role in Mosgiel, being the major reason the town developed in the first place, and remaining the major employer in the area for most of the twentieth century. The significance of transport for the area grew with the establishment of the Taieri Aerodrome, just north of Mosgiel, in the late 1920s and the development of Momona Airport, now Dunedin International Airport, further south on the plain in 1962. In 1948, more than one-third of Mosgiel’s working population was employed in the factory. The Mosgiel Woollen Factory continued to expand during the twentieth century, continually updating and expanding the plant and buildings at Mosgiel as well as acquiring the Roslyn Mill (1969) and Kaiapoi Textiles Limited (1972).

Mosgiel Ltd, as the company had been known since 1974, collapsed in 1980, under pressure from the restructuring of the textile industry and its recent purchases of Kaiapoi and Ashburton mills. Alliance Textiles bought the Mosgiel Factory in August 1980. Alliance sold the Mosgiel factory in 1993 to Caspex, who in 1997 combined with Coates Viyella to create Coats Spencer Crafts, based in the Mosgiel factory. The mill finally closed in February 2000 with the loss of 141 jobs. It took a year to dispose of all of the old but very well-maintained machinery, with 90% being sold to purchasers all over the world. Tony Offen purchased the mill and grounds in September 2001, and has developed the factory site into the Mill Park Industrial Estate, housing up to 30 individual businesses, as well as a large self-storage facility of over 350 units. Manager Dave Anderson now runs the self-storage business as well as looking after the 11ha of grounds and buildings, having worked at the Mosgiel Woollen Factory as an apprentice from the age of fifteen. The self-storage business was started up in 2003, with the first 22 units built and filled just as quickly. 2003 saw the second stage built, and filled again. Nearly at capacity again, Dave and Tony are currently planning to build more units. The massive amount of space in the old mill buildings means housing hundreds of units, as well as cars, boats, buses, caravans is an easy task.

In recent years, the Mosgiel population has expanded rapidly and continues to grow, with many people moving from Dunedin’s inner suburbs and the development of numerous subdivisions and retirement villages. Mosgiel’s retail sector has expanded also, with newer establishments opening up and older ones refurbishing, to cater for the younger market.