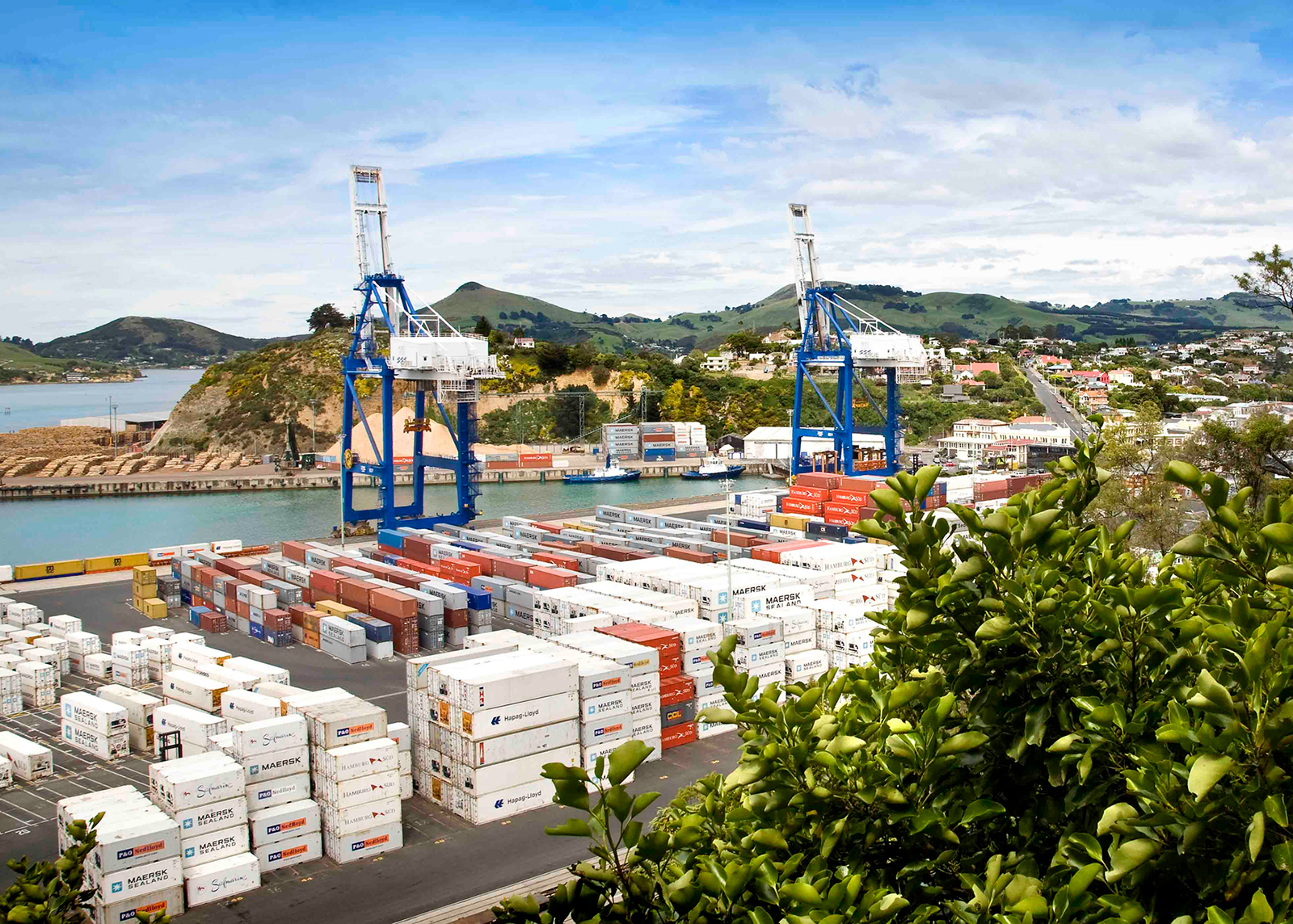 Although the harbour beyond Port Chalmers is regularly dredged, most of the port activity is centred on Port Chalmers rather than on central Dunedin. Part of the reason for this is the narrowness of the Victoria Channel, the one part of the Otago Harbour navigable by large ships, which makes it far easier for berthing to take place at Port Chalmers, closer to the open sea. Any big ships venturing into the upper harbour wharfs need to be piloted in with the help of tugs.

Port Chalmers was also the appellation of a ship which sailed between England, Australia and New Zealand at the beginning of the 20th century. It was torpedoed in mid-October 1940 and sunk, with some crew surviving 14 days at sea on the lifeboat.

In 1844 Captain Wing anchored the Deborah in the bay now bearing its name where he was joined by Frederick Tuckett who selected an adjoining block of land (the Otago Block) as the site for the Scottish New Edinburgh settlement. He nominated Koputai as its deep water port to be called 'Port Chalmers' after the Presbyterian Free Church leader Thomas Chalmers. The sale of the Otago Block from Māori to the Otago Association was concluded at Port Chalmers 31 July 1844. In December 1844 Alexander McKay and his wife arrived to open the first public house, the 'Surveyors' Arms'. The town was surveyed by Charles Kettle in 1846 and a Town Board was formed in that year. The first ships of Otago Association settlers, the John Wickliffe and the Philip Laing, anchored at Port Chalmers in March and April 1848.

Thereafter the town developed as a port for the city and the province, superseding the earlier Otago (modern Otakou) as the harbour's international port. It was first connected by lighter with Dunedin at the head of the harbour, then also by a steep road from North East Valley to Sawyers Bay, a spur of the main road north. By the 1860s a harbourside road from the central city had been formed. In 1866 the Town Board was superseded by a Borough. On 1 January 1873, the first 1,067 mm narrow gauge railway in New Zealand opened: the Port Chalmers Branch, linking Dunedin and Port Chalmers. It was subsequently incorporated into the national rail network through a connection to the Main South Line, which was opened through to Christchurch on 7 September 1878 and Invercargill on 22 January 1879. 1881 saw the opening of the Victoria Ship Channel allowing ocean-going vessels passage up the harbour to central Dunedin. 1882 saw the inauguration of New Zealand's refrigerated meat trade when the ship Dunedin left Port Chalmers with the first such cargo.

Port Chalmers was a port of call for several notable expeditions during the heroic era of Antarctic exploration, including Robert Falcon Scott before heading south on his final expedition to Antarctica. A large stone monument now stands above the town dedicated to Scott's final expedition. Following the 1923 transfer of the Ross Dependency (Antarctica) to New Zealand, and the New Zealand Government's lease of rights, the giant Norwegian whaler, C.A. Larsen, became the largest vessel serviced in the Otago Dock, Port Chalmers, in April 1928.

A harbourside road from the city was completed in 1965. Passenger services from the port ended in 1967. However the selection of Port Chalmers as the South Island's first container terminal in 1971 demonstrated its advantages over Lyttelton and gave Dunedin the major South Island container port. In 1979, passenger trains between Port Chalmers and the west harbour suburbs to the city centre ceased after 106 years of operation.

The container traffic has continued to expand and a new expanding trade in timber developed in parallel but the greatly reduced labour needs of these trades saw the town's population contract. The Otago Harbour Board, established in 1874, was replaced by a quasi-autonomous local government entity, Port Otago Ltd, in 1988. In 1989 the borough of Port Chalmers and the whole surrounding district were absorbed into an enlarged City of Dunedin.
From the 1970s an artists' colony grew up in Port Chalmers and Carey's Bay contributing to tensions over the port's continuing industrial development and giving a different flavour to the town. In the 1990s a new trade in visiting cruise ships added another element and continues to expand.

The creative arts are also important to the area's economy; Port Chalmers and the surrounding suburbs of Careys Bay, Roseneath and Sawyers Bay have a thriving arts community, and the town is regarded as a haven for alternative lifestylers.
Many artists and musicians call or have called Port Chalmers their home, most notably late Māori artist Ralph Hotere. Hotere's former studio was on land at the tip of Observation Point, the large bluff overlooking the container terminal. When the port's facilities were expanded, part of the bluff was removed, including the area of Hotere's studio (after strenuous objection from many of the town's residents). Part of the bluff close to the removed portion is now an award-winning sculpture garden, organised in 2005 by Hotere and featuring works by both him and by other noted New Zealand modern sculptors.