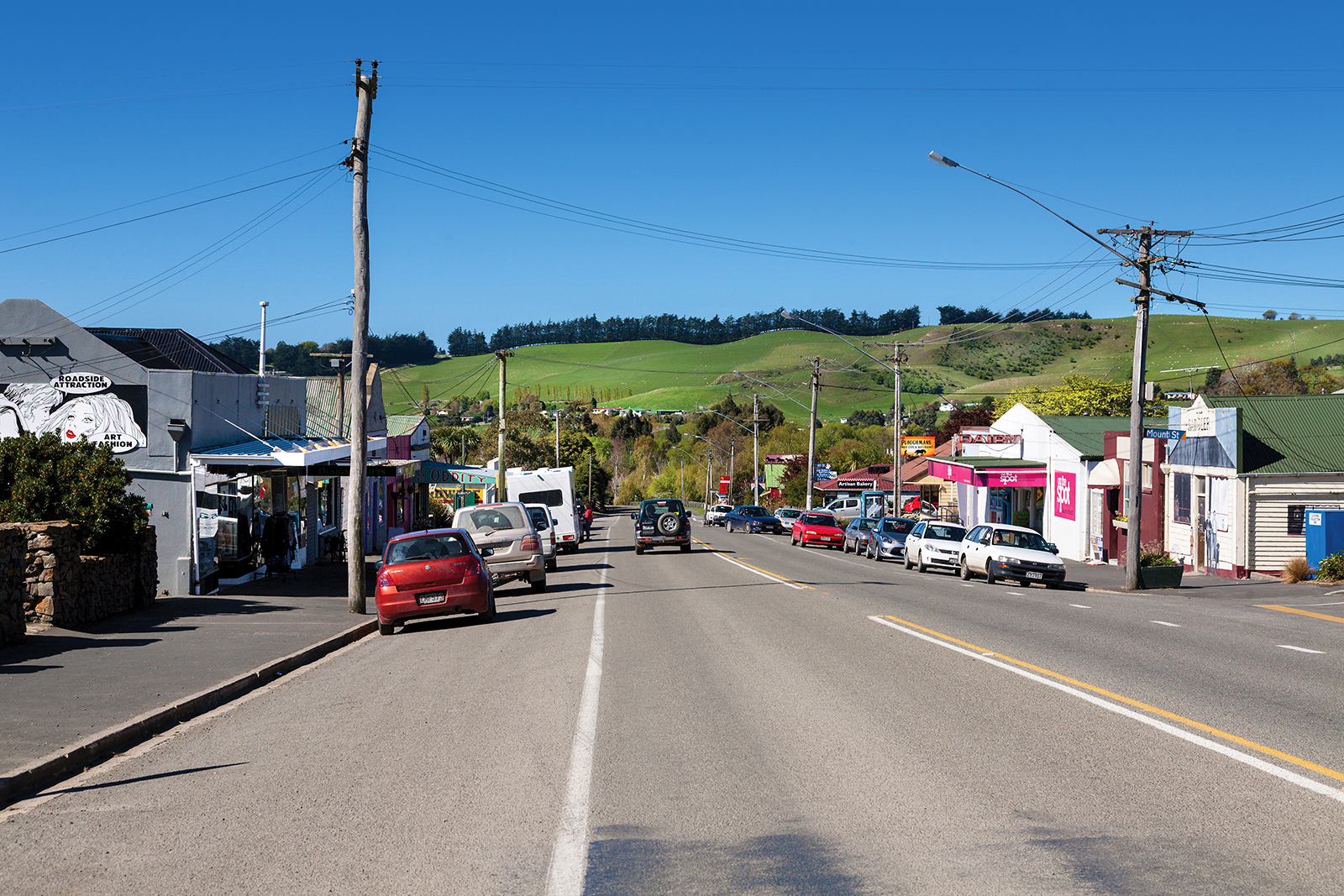 Waikouaiti is a quiet coastal village around 40 minutes’ drive north of Dunedin city. The first European settlers arrived on the beach, carried ashore by local Maori off the ship “Magnet” in 1840, making it the birthplace of the Otago province, as we know it today.

Waikouaiti was the first European settlement in southern New Zealand to be mainly based on farming and one of the first enduring European settlements in Otago. From 1837 there had been a whaling station confusingly also called "Waikouaiti" nearby on the south side of the estuary at what is now called "Karitane".

Matanaka Farm was founded by the Australian whaler Johnny Jones, who had bought the land and an adjoining whaling station in 1838. In April 1840, he brought out about twelve families from Sydney on the Magnet to settle the farm. The first buildings, including the stables, were built in 1840 using materials brought from Sydney. This was the first farm in the Otago region, eight years before the foundation of the Otago Association’s settlement. There are accounts from 1841 that mention a collection of barns and accommodation buildings, which allows researchers to date the buildings to that period. Jones himself moved into the farm's homestead in 1843.

When the settlement of Dunedin began in 1848, Jones supplied the new settlers with produce at a "good price". The Jones family moved to Dunedin for the better education opportunities for their children in 1854. The wooden shingle roofed St. John's Anglican Church in Waikouaiti proper opened in 1858, was funded by Jones. It was designed by Benjamin Mountfort of Christchurch, who also designed the Provincial Council Building there. It is the oldest church building in Otago and Southland.

In the 1858 Gold Rush, prospectors from all over the world swarmed ashore from Port Waikouaiti. Present day Waikouaiti developed from the township that Jones established in Beach Street in the 1860s. Before a road was built from Dunedin, goods from Dunedin destined for the goldfields of Central Otago were landed at the Waikouaiti Beach and taken on by wagon to Palmerston and then through the Maniototo to Central Otago. At this time, Beach Street in Waikouaiti had nine general stores, four hotels, a blacksmith’s shop, a timber yard, a watchmaker, two drapers, two butchers, three bakers and a printing press.
Johnny Jones' son William Jones lived at Matanaka Farm until 1858 and it was passed on to the next generation, John Richard Jones and his wife Mary Orbell, who had Matanaka Farm as their home until 1871. Mary Orbell's brother, McLeod Orbell, then leased the farm until 1878. Ownership of the farm passed a further five times before finally being given to the New Zealand Historic Places Trust in 1976, and the setting gazetted as a historic reserve in 1981. The five buildings are the oldest surviving farm buildings that are still in their original position in the country.

In 1861 Dr. William Chapman, at Jones request, became the first GP for the district. The Presbyterians built a wooden church in 1863. It was moved to Kildare Street in 1876 and still remains. A Government township was established north of the lagoon in 1862 and a third settlement was laid out along the main road and the municipality of West Hawksbury was established there in 1866. It continued to be called West Hawksbury until 1909.

After the road to Dunedin was opened in 1864, businesses began to move from Beach Street to the newly established township on the main road, the site of the present business centre in Waikouaiti. The railway to Dunedin opened in 1877, which expanded the township. The eight hotels in Waikouaiti had all lost their licenses by 1908 and the area was “dry” until 1963, when the Golden Fleece Hotel was established. The Bank of New Zealand opened in 1864 and was the last bank to operate in the town. The Post Office closed in 1989.

Cherry Farm Hospital, a psychiatric hospital serving the Dunedin area opened in 1952 and patients from Seacliff Mental Hospital at Seacliff were relocated there. Cherry Farm Hospital epitomised the village-asylum atmosphere in name and design, contrasting with the harsh conditions in the fortress-like Seacliff hospital. While at its peak Cherry Farm had many hundreds of patients, in latter years this number had dropped to below 400. When the hospital closed in 1992, psychogeriatric patients were either transferred to a unit at Wakari Hospital or to residential care in the community and people with intellectual disability moved to new lives in the community provided by a range of community agencies. General adult psychiatric patients were either transferred to new services at Wakari Hospital or into supported accommodation in the community. The closure of Cherry farm Hospital was a key milestone in the policy of successive governments to implement "deinstitutionalisation".

Part of a family with five generations of Waikouaiti heritage, Alan and Hazel Hagan have seen many changes in and around their beloved suburb. Now both in their 90s and having lived in Waikouaiti their entire lives, Alan and Hazel recall riding ponies to school, the four different houses in the area that they have lived in, the shops that have opened and closed and enjoy comparing their experiences to that of their children and grandchildren, who are also Waikouaiti locals.

Waikouaiti is ideally situated between the popular beach resorts of Karitane and Moeraki and only one hour from the vast expanses of Central Otago. By the turn of the 19th century, it was a popular holiday destination for people from Dunedin. Today it still has that holiday feel but is an increasingly popular commuter residential area for both Dunedin people and those working at the Macraes gold-mine inland from Palmerston.

The area boasts two churches, an excellent library, medical centre and primary school. A bus takes children to nearby East Otago High School for intermediate and secondary education, and there is a heated swimming pool nearby. The main feature is an uncrowded white sand ocean beach, overlooked by reserves, so there will never be beachfront development here. Behind the dunes is a wildlife lake/lagoon abundant with bird life, with lovely walks around the lagoon. Sea lions often bask on the sand and increasingly, yellow-eyed penguins come ashore to moult.

Overlooking both the lagoon and the beach is a delightful 18 hole golf course that is never crowded. Visit the local sports ground to watch a game of rugby, play lawn bowls or tennis, have a beer at the pub, surf cast, swim and of course stroll round the lagoon or on the beach. If photography appeals as a hobby, opportunities for wild life shots are immense. The Main South Line railway between Christchurch and Invercargill passes through Waikouaiti. It was constructed in the 1870s, and daily passenger trains passed through Waikouaiti until the cancellation of the Southerner in February 2002.