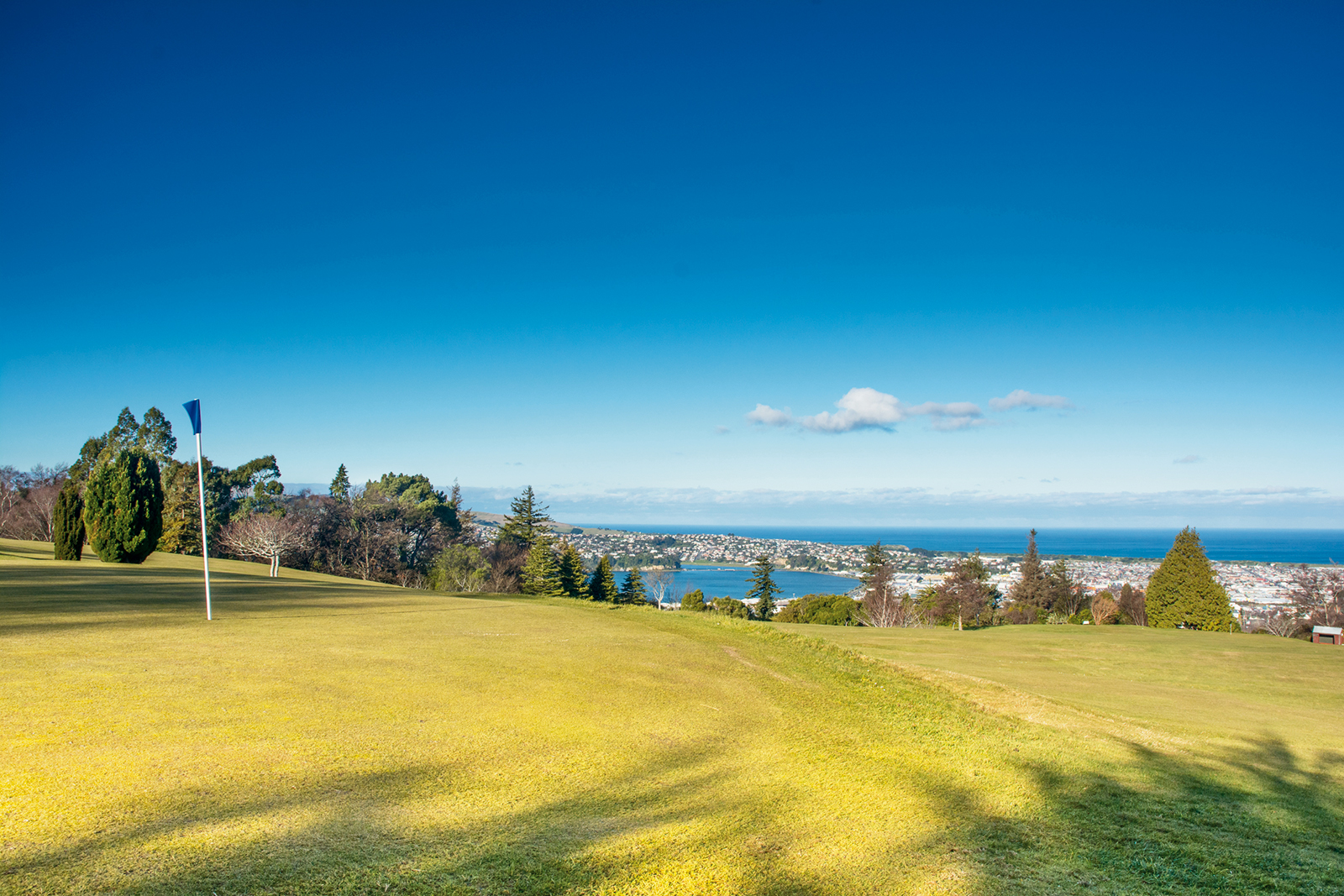 Belleknowes is a small, sought-after residential suburb perched high on the hill between Roslyn and Mornington, 150 metres above sea level, which enjoys expansive views across Dunedin.

Belleknowes is nestled within the Town Belt close to the points where City Rise, Mornington, and Roslyn meet. Its most notable feature is Belleknowes Golf Course, the closest golf course to the centre of Dunedin. Also of note within the suburb are several parks such as Jubilee Park and Robin Hood Park, the latter of which is home to the Beverly-Begg Observatory.

The Windle Settlement in Belleknowes has a well known history, designed by New Zealand's leading architects of that time, Basil Hooper, being early 1900's. Prime Minister Richard Seddon introduced the Workers' Dwellings Act in 1905 to provide well-built suburban houses for workers who earned less than £156 per annum. He argued that these houses would prevent the decline of living standards in New Zealand and increase the money available to workers without increasing the costs to employers. By breaking private landlords' control over rental housing, housing costs for everyone would decline. The bill passed by 64 votes to 2, despite criticism over the cost of the scheme, the distance the houses would be from workplaces, particularly ports. Seddon estimated that 5,000 houses would be built under the scheme.

The Act allowed for workers to rent weekly, lease for 50 years with a right of renewal, or lease with the right to buy over a period ranging between 25 and 41 years. In practice, the Government did not initially advertise the weekly rental, but emphasised the lease with the right to buy. The Act specified that workers could be male or female, but women were discouraged from applying for the houses because the Government was concerned that "houses of ill-repute" might be established.

The standard of materials and construction was high, because the Government was determined that the houses would not become slums. The Act specified that the rent was to be 5% per annum of the capital cost of the house and land, together with insurance and rates. The initial specification was that houses should cost no more than £300, but this was raised to £350-400, depending on construction materials, by the 1905 Amendment Act. This resulted in weekly rents ranging between 10s 6d and 12s 7d.All t he houses had five rooms—a living room, a kitchen/dining room, and three bedrooms—as well as a bathroom. This allowed boys and girls to be given separate bedrooms from each other. Some houses were built of wood, some of concrete, and some of brick.

Basil Hooper was commissioned to design the twenty homes in the Windle Settlement in Belleknowes, on Rosebery and Newport Streets. Hooper's work showed a restrained simplicity contrasted with prevalent late-Victorian taste, resulting in highly decorated villas. Such was the quality of the modest timber houses built dating from 1906, that some are still standing.

Twenty-five houses were built at Petone in 1905. Only four applications were received to lease them. Workers could reach Wellington with a 20 minute walk followed by a 30-minute train ride, but the train cost another two shillings a week. This left a family no better off than continuing to rent in Wellington. The Government was forced to allow weekly tenancies and to raise the maximum income level to attract families to the houses. Other settlements such as the one of twenty houses in Belleknowes, Dunedin also had trouble finding renters as they were too far from workers' places of employment. Houses built in central suburbs, such as the eight in Newtown and twelve in Sydenham, attracted tenants much more readily.

After Seddon's death in 1906, the Government Advances to Workers Act allowed urban landowners to borrow up to £450 from the Government at low interest rates to build their own houses. This proved much more popular than the state housing system. A total of only 126 houses were built under the Workers' Dwellings Act by 1910. A replacement Workers' Dwelling Act in that year allowed landless urban workers to build a house on a deposit of just £10. While it still allowed for workers to rent or lease their homes from the Government, applicants who were willing to buy were favoured. The state houses were sold by the Reform Government from 1912 onwards. 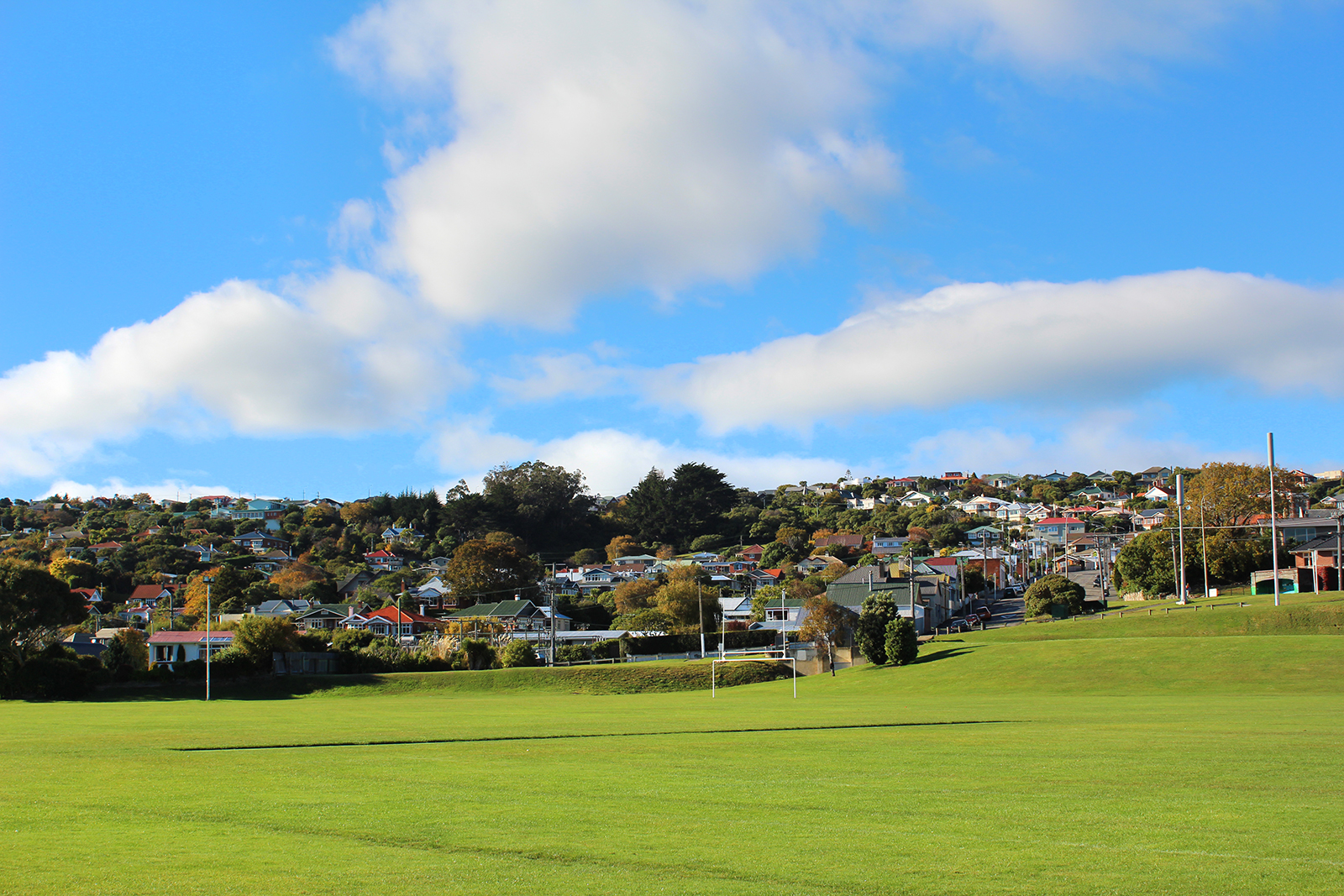 More commonly known by its endearing short-form name “Andy Bay”, this sunny suburb of Dunedin is home to about 2500 people.

Situated above the Andersons Bay inlet, most homes have a northerly aspect and many also have the advantage of a water view.

This very old suburb of Dunedin is only 2.8 kilometres from Dunedin central.

Andersons Bay is exceptionally well serviced for schools. There are two primary schools – Anderson’s Bay and St Brigid’s – and Bayfield High, as well as Tahuna Normal Intermediate to the south.

Speaking of convenience, Andersons Bay is home to a Filadelfio’s pizza/pasta restaurant and an Indian restaurant and takeaways, as well being next door to Musselburgh and the Brew café.